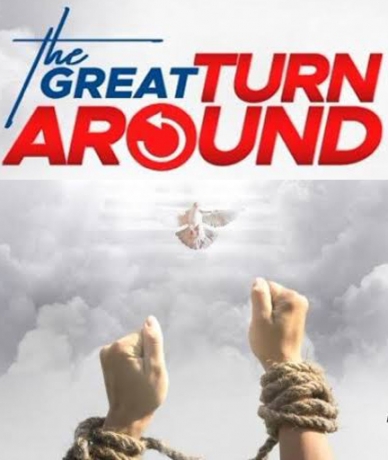 It is easy to appreciate success when you have first experienced failure. Until you have experienced lack you may find it difficult to know the true meaning of plenty. Generally, I see that people who have once been deeply enmeshed in Satan’s cesspit passionately fostering the agenda of the kingdom of Lucifer come more on fire when they give their lives to Christ. The difference is often crystal clear to them.

In life, we generally understand the full meaning of a condition more when we have first experienced the opposite. This is what the Bible was saying in Ps 126 “When the Lord turned again the captivity of Zion” They could not believe their eyes. It had been over four centuries since they last knew freedom. Even the youngest of them had never known freedom. Just imagine for a moment a child living in Chile's Atacama Desert where rain has never been recorded coming to live in Nigeria. When he gets here, he would be shocked. He would see rain, and it will all be strange.

Dear friend, there is an interesting thing that I have seen. When a man becomes so used to poverty, he can hardly believe there are genuinely rich just men who are not cheating others or doing money rituals to build wealth. For women who all their lives have only known abusive relationships and men, their constant refrain is that “All men are the same”. When people become so used to poverty they can almost say that riches is satanic.

Recall the experience of the children of Israel as they leave Egypt in Exodus 14. After four Centuries of a battered mentality they couldn’t even differentiate again between their jailors and their rescuer. They almost nagged Moses to death. They said to him in plain language: “Moses, Because there were  no graves in Egypt, hast thou taken us away to die in the wilderness? wherefore hast thou dealt thus with us, to carry us forth out of Egypt?” Unbelievable! My honest question each time I read this is: who exactly has dealt with Israel? Is it Pharaoh and the Egyptians who have had them in chains for four centuries or Moses who is risking his life to save them?
Can you imagine that they actually wanted to die and be buried with their enemies? They said they preferred the graves in Egypt. Those were similar words to the ones uttered by Samson. You see, if you suffer for too long, you will begin to enjoy the company of your bond-man. I pray for you today dear reader, may you never get to the point in your life where you become comfortable with your problems.

The truth dear friend is this, whatever has held you captive for several years is coming under the direct attack of the powers of the Holy Ghost in this season of “The Great Turn Around”. One thing I have come to know in my walk with God is that when God names a season he makes the season to live up to its name. The Bible speaking of God’s instruction to Adam to name all beings says “And out of the ground the LORD God formed every beast of the field, and every fowl of the air; and brought them unto Adam to see what he would call them: and whatsoever Adam called every living creature, that was the name thereof.” One thing is certain about our Father in the Lord, Pastor E.A. Adeboye, he only speaks as he has been commanded of the Lord. In declaring this year’s Holy Ghost Congress “The Great Turn Around” he speaks the mind of God. It is my sincere prayer for you that this season will bear out its name in your life in Jesus name. As you go to the Redemption Camp, you are only permitted to experience one thing - The Great Turn Around. Everyone who saw you before going to camp will marvel at your return because everything must have turned around for good for you.

I want to challenge you however to do three things as you go to Camp:


*Three, be full of thanks giving coming home with expectations. I assure you, this season of the Great Turn Around shall answer to its name in your life in Jesus’ name.