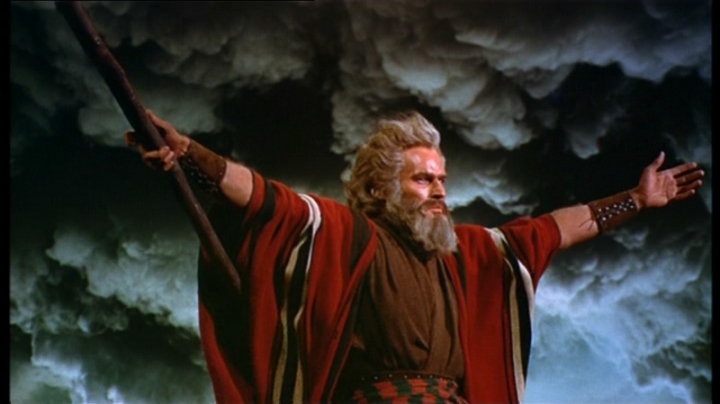 Then the Lord said to Moses, “Go to Pharaoh and say to him, ‘This is what the Lord says: Let my people go, so that they may worship me.

I remember the prodigal son who had requested his father to give him his own portion of inheritance. His father did and he went to a foreign country to waste it on riotous living. He was living like a king in a foreign land until a terrible famine began. The famine was so terrible that the only option available to him was to eat from the crumbs of a swine of pigs- not sheep, not goats but pigs. What a life!

Dear friend, if you forget anything this month, never ever forget that men who are under the despotic reign of the devil have no choices. Don’t forget, he was a free born, but by his irresponsible acts exposed himself to bondage. He led himself into bondage. In his father’s house even slaves had more than enough to eat but he stepped out of the covering of his father into shame.

Thank God for Jesus. The Bible says “But thus saith the Lord, Even the captives of the mighty shall be taken away, and the prey of the terrible shall be delivered: for I will contend with him that contendeth with thee, and I will save thy children. (Isa 49:24). The prodigal son was a lawful captive.
Going off the devil’s hook is important today as it was in the days of the prodigal son. If you are held down by anything or any man, you cannot live your own life or fulfill all of God’s desires for your life.

As we desire freedom though; it is important to note that freedom is a responsibility and not a gift. Freedom puts more weight on you to do what is right. I remember that after the children of Israel had been freed from Pharaoh by the mighty hands of the Lord, they began to murmur in the wilderness, doing as though they were still at the mercy of the Jailers of Egypt. God was angry and He spoke to them... “And the LORD said unto Moses, Wherefore criest thou unto me? speak unto the children of Israel, that they go forward” (Ex 14:15). God was basically saying to them, your life is now in your hands if you desire to move forward”. God was saying to them “I have delivered you from the powers of Pharaoh, moving ahead is now entirely your own responsibility”.

One thing helped the prodigal son- his acknowledgment of his wrong. “I will arise and go to my father, and will say unto him, Father, I have sinned against heaven, and before thee” (Luk 15:18). The Bible says If “If My people who are called by My name will humble themselves, and pray and seek My face, and turn from their wicked ways, then I will hear from heaven, and will forgive their sin and heal their land.” (2 Chronicle 7:14). No one can be freed who is still held down by his claims of rightful doing. If you do not agree first and foremost that your riotous lifestyle is irresponsible, God cannot help you. Freedom comes from accepting your sinner status and asking God for help.

If you will, I want to encourage you today to say these simple words of prayer: Father, I have sinned against you. I know that I am a sinner and that the bondage in my life is as a result of the works of the flesh. Please come in today and take over my life. Wash my sins and cleanse my life. I promise to follow you from now and ever more. Thank you Jesus; for saving me.

If you said that prayer, you are a new creature, old things are passed away and all things are now new. Walk up to an Usher or the Pastor and share your story.