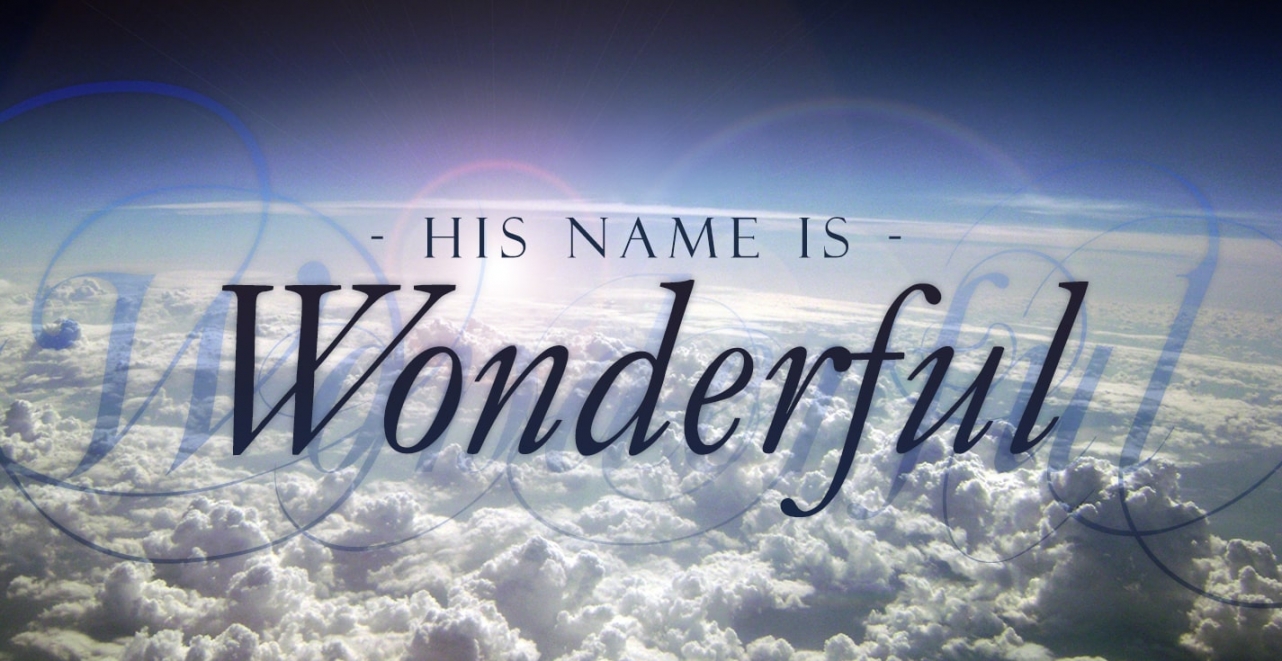 For unto us a child is born, unto us a son is given: and the government shall be upon his shoulder: and his name shall be called Wonderful, Counselor, The mighty God, The everlasting Father, The Prince of Peace.

A wonder is something that is beyond the ability of man to comprehend. When you talk of wonder you are basically talking of something that is abnormal in a positive sense. You probably would once or twice have heard about the Seven Wonders of the World including: The Great Pyramid of Giza, The Great Wall of China, Petra, Coloseum in Rome, Chichen Itza in Mexico, Machu Picchu, Taj Mahal in India and the seventh is listed as Christ De Redeemer in Rio De Janeiro in Brazil.
Christ De Redeemer is an Art Deco statue of Jesus Christ in Rio de Janeiro, Brazil, created by French sculptor Paul Landowski and built by Brazilian engineer Heitor da Silva Costa, in collaboration with French engineer Albert Caquot. Romanian sculptor Gheorghe Leonida fashioned the face. Constructed between 1922 and 1931, the statue is 30 metres high. The arms stretch 28 metres (92 ft) wide.

Let us talk about Christ our own very Redeemer!
There is a wonderful story once told in the Bible of one friend of Jesus. He had fallen ill just at the time when Jesus was out of town and had died as a result. He was too close to Jesus to die young; his sisters had thought. Martha and Mary sent an urgent message to Jesus: “Your friend took ill and now he is dead; so please come quickly and make him whole again”. As if unmoved by the death of his friend Jesus did not arrive until four whole days; four whole days after the death of Lazarus. (John 11:38-44)
I do not know what seems to be dying right now in your life and it is looking like it would not live again; I want to assure you today dear reader; Jesus is coming for it.
So, Jesus got back to Bethany, Lazarus was stone dead. He was cold. He had already gathered substantial rot. The stench from his tomb was more than repelling. When Martha saw Jesus, they rued their loss “Jesus, why did you come so late. If only you had been here just a few hours after he died he would surely have lived again. But you are now three days too late. You friend is there, buried in the tomb with the dead”. Here’s one of the mysteries of the World’s greatest wonder- Jesus. Except it becomes necessary he does not reveal himself. I remember that he went to the wedding in Cana of Galilee entirely as a guest and would never have revealed himself were it not for his mother who begged vigorously for him to cover the shame of the celebrants. (John 2:1-12)

At the tomb of Lazarus, Jesus lifted his hands and said
“Father, I thank you that you have heard me. And I knew that you hear me always: but because of the people who stand by I said it, that they may believe that you have sent me. And when he thus had spoken, he cried with a loud voice, Lazarus, come forth” John 11:41-43”

I want to let you know dear friend; whatever the circumstances of your life may be: Jesus never ever comes late; even on the day when he came four days after his friend had been buried he still was not late. Can you imagine that? How exactly did that come about?- Jesus controls time and seasons and so it is impossible to define his actions and inactions in the limit of time. If you would recall; Moses was already eighty years old almost heading for the grave when he unleashed his destiny. Abraham was a hundred years old when God commissioned him a father to generations. All of the time, Jesus defines times. Time never defines him. That is another wonder of his existence.

Dear friend, I imagine that you will be all glued to your TV screens waiting patiently for the Wonderful himself to visit you during the 68th RCCG Annual Convention ; Please go with a open heart. Be unyielding in your expectations and desire for this Convention. It is my sincere prayer that as we lift up our voices to heaven, the God of Heaven will hear us. Here’s wishing you a happy Convention 2020.