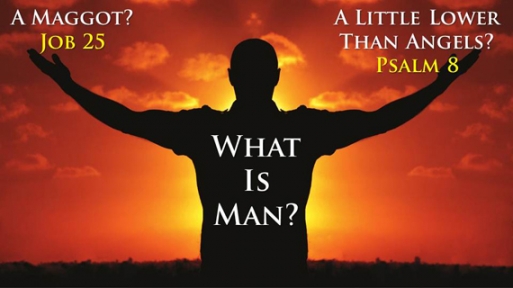 When I consider thy heavens, the work of thy fingers, the moon and the stars, which thou hast ordained;
4 What is man, that thou art mindful of him? and the son of man, that thou visitest him?
5 For thou hast made him a little lower than the angels, and hast crowned him with glory and honour.
6 Thou madest him to have dominion over the works of thy hands; thou hast put all things under his feet:

Very recently, we saw on national television a former minister ask a questioner in very condescending manner “Do you know who I am?”. Many big men and sometimes not so big men ask the same question “Do you know who I am”. It is interesting that when you ask them “Who are you” they get stuck. For some they may even name themselves as Minister, Governor or Senator in the belief that they amount to much. But at the recent passing of some of the world’s most powerful personalities, I have come to one conclusion: no man matters more than the current breadth in his nostrils. No man (except aided by God’s limitless grace) has more value than sand. For indeed, man is sand….

Dear friend, let me be honest with you. No man is anything in this world. None, especially not by himself. The Bible speaking in Ps 144:4 says Man is like a breath; his days are like a passing shadow. Isa 2:22 says “Turn away from man, whose breath is in his nostrils: for of what account is he?”. How powerless! On the day that man was made, dust was gathered and God breathed in him the breath of life (Gen 2:7). As I ponder on the vanity of life in recent times, I have come to the realization that life and indeed man; is nothing.

But then, there is; in Zion, a grace that makes an incredibly valuable entity of absolute nonentities. It was that grace that spoke to Saul of Tarsus on the way to Damascus. All that he had ever been was a criminal: an undignified killer of the saints. He was not worthy to be called a human being. On the day that Grace met Paul on the highway to Damascus, he was arrested and convicted of his nonentity status. Thankfully; as a result of that encounter he was remade forever. Paul; speaking in testimony to this grace in 1 Cor 15:9-10a says “9For I am the least of the apostles, that am not meet to be called an apostle, because I persecuted the church of God. 10But by the grace of God I am what I am: and his grace which was bestowed upon me was not in vain;”

There was another man called Joseph. He had dreamt the dream of his greatness and for that reason he was sold into slavery. He encountered the wrath of Portiphar because Portiphar’s wife desperately wanted to have his warmth and Joseph was too decent for it. He ended up in prison. From prison he ended up second in command: Someone who was supposed to be killed. These are the un-explainable dimensions of Grace.

See; One thing is certain in this life: no one will come into tangible encounter with Jesus of Nazareth and remain just the value of dust. No one would ever embrace the saving grace of Calvary and not become a lot more than just a man.

Man is nothing; he has absolutely no value when he is all by himself. But man who encounters God is always more than conqueror.